What is a VPN, how does it affect your network and why does it matter?

VPNs, or Virtual Private Networks are often used in business to enhance security or provide remote access to confidential data. They're great for protecting your confidential data from outside sources by encrypting it, especially when you're using public networks such as Starbucks WiFi.

While there are many uses and types of VPN deployments, we'll focus on the most common and give a very high-level overview of what a VPN does, and how it can affect the performance of your network.

Before we continue, it's important to note that essensys does not supply, maintain or support any VPN services, it is entirely the responsibility of the client and their internal/3rd party IT to manage such a service.

A frequent deployment of a VPN for users in a serviced office will be a client-side VPN, this is usually done via some software on the user's computer.

In this deployment, the VPN software forces all the internet traffic for that computer to be re-routed through another place before it reaches it destination. This is usually done in order to make it appear as though that computer is within the same network as a server in a different physical location.

Bob works for an international consultancy firm, Company X, and needs to travel a lot.

Company X has offices all over the world. Bob is currently in London and wants to access files stored on a company server in the USA. With a standard internet connection, his request would reach out to the internet and generally travel in a direct path towards the USA server, and back again, as pictured: 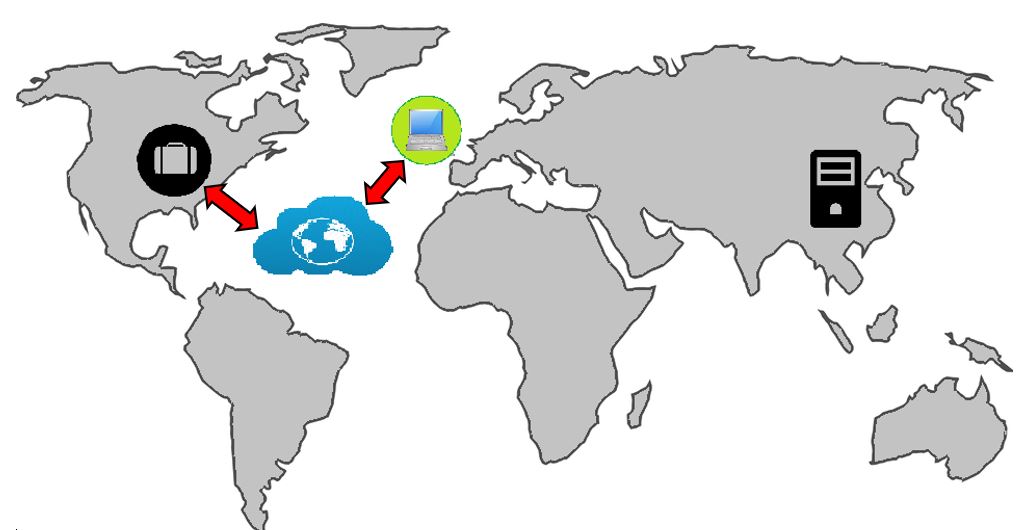 The following day, Company X's IT team implements a VPN solution. The VPN server is based in their Beijing office and Bob's computer is now connected to this VPN connection.

Bob attempts to get those files from the US office again, the connection path will look something like this: 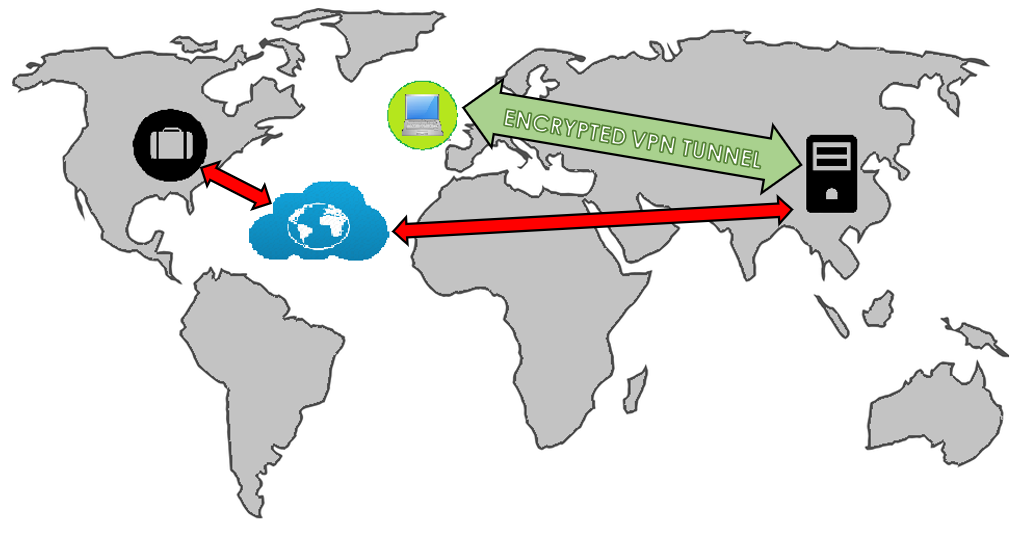 As you can see, an extra step has been added to the path. Bob's data needs to pass through the VPN server before it can reach out onto the internet and access the files, then it needs to follow the same path on the way back. This allows the VPN server to provide extra security to his connection, however it will also likely degrade the performance.

"So, if it's not an essensys product, why might it affect my essensys connection?"

Using the basic example above, your essensys connection may be negatively impacted by a VPN connection in the following ways:

Before contacting the essensys support team we strongly suggest performing some basic testing both on and off the VPN connection. You can use popular speed testing/line quality checking websites such as:

If you notice a significant difference in test results when connected to the VPN service, then it's very likely that it's the cause of your connection problems, and you should contact the people who provide you with your VPN.

We will ask you to perform these tests if you come to us with a suspected VPN problem anyway, so you can identify a possible cause much quicker by performing tests yourself.

Did this answer your question?